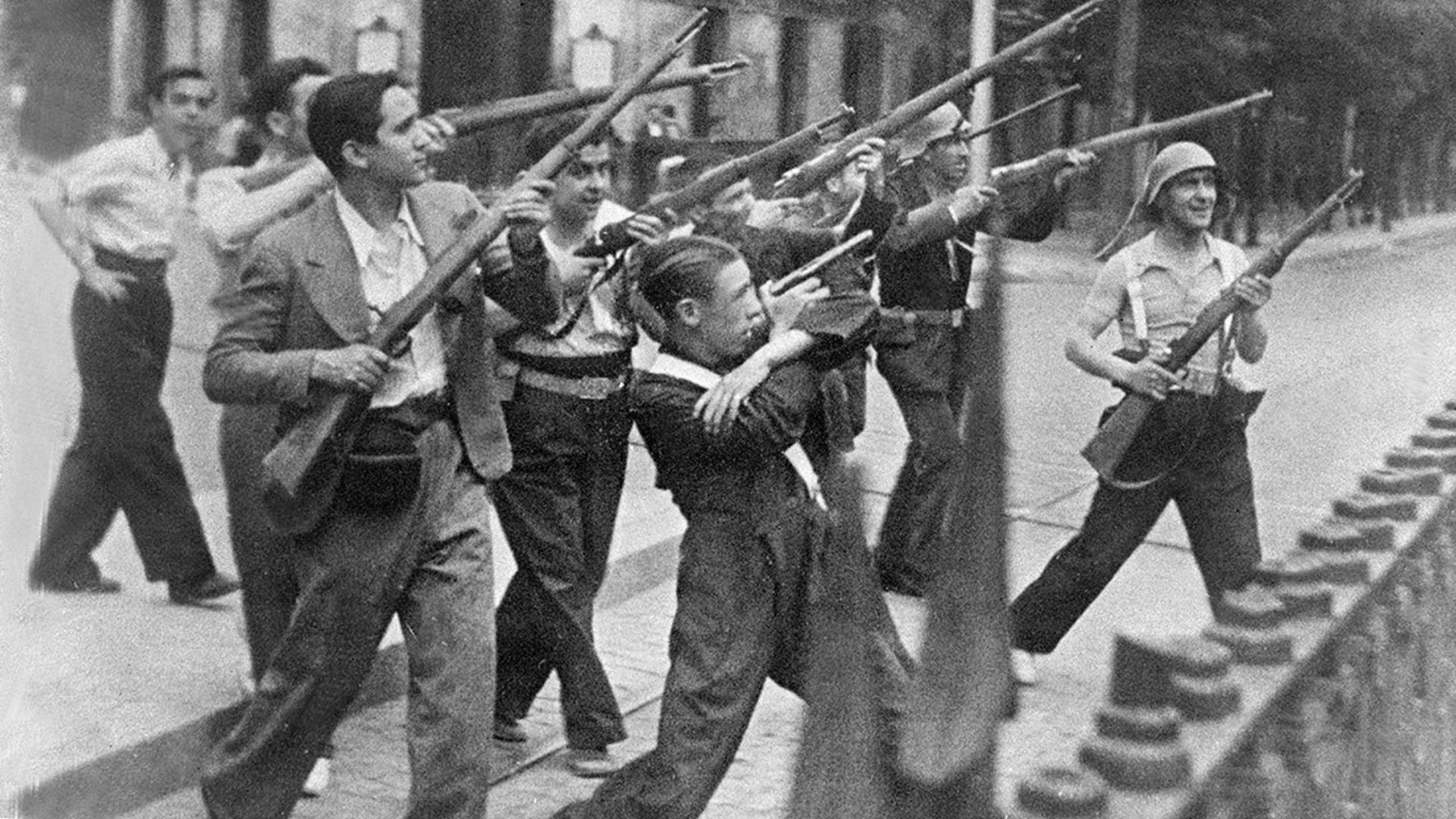 This year marks the 80-year anniversary of the end of the Spanish Civil War. If you look at it, and not even that closely, you will see the political and social similarities between the Spain of the 1930s and America today.

So what caused the Spanish Civil War? There was the complaint that the Army and the Church both played too big of a role in politics. There was also the complaint of mass poverty. These two complaints can hardly be argued against, yet the outcomes were understandable, as Spain had been a very Catholic-centric power for a vast period of time and the country’s economy was too centered around agriculture.

Economically, Spain had kept up with most of its European counterparts through the mid- to late-1800s. By the turn of the 20th century, however, they had fallen well behind and were on par in many respects with Russia.

The country experienced very slow growth in industry. To iterate the agriculture-centric point, approximately 50 percent of the male labor force was working in agriculture on the eve of the civil war. Even during the worst years of the Great Depression, only around 25 percent of Americans worked in agriculture.

It isn’t strange for a people to clamor for change when the country as a whole is not competing on a global scale, or even regional scale. It is strange, however, for a people to clamor for change when their country is leading the world in so many areas. That is where America finds herself. It is almost as if a very large minority of Americans pine for the days of the most recent recession. Ask one of those Americans and they will respond in the negative, but ask them if America is heading in the right direction and they will again answer in the negative.

There is something called American exceptionalism that some Americans despise, as if it were an emblem of supremacy. It isn’t. It is merely a fact. America has been better than the rest of the world in just about every important category: economic, education, health care, research and development, and military. (A quick caveat: in terms of education, meaning that America has most of the top-tier universities in the world.)

It appears that many Americans feel guilty for being better off than everyone else in the world, as if America was gifted its greatness. America wasn’t gifted greatness. It was earned—by blood, sweat, prayer, piety, freedom, and law.

Those aforementioned reasons for greatness are what are under attack, and it is for no good reason. The reason behind the complaints, however, does match up with that of the Spanish Civil War: ideology.

When Alfonso XIII was forced to leave the country in 1931 (though he did not abdicate the throne) after the general elections put the Republican and Socialist parties in power, the Republic began.

At the onset, anti-Catholic sentiment raged through parts of the country. Churches were burned. Priests and nuns were killed. Anti-private property propaganda came into play. The Republic’s mantra was “neither property, nor God, nor bosses.” The anarchist youth manifesto stated, “For the Revolution to be a fact, we must demolish the three pillars of reaction: the church, the army, and capitalism.”

In America today, there is a concerted effort to undermine most of these ideals: God, the church, private property, bosses (private business owners), and capitalism. Only the army stands unattacked, which may be because unlike the Spanish Army of the early 20th century, the U.S. military is and always has been apolitical.

For America to fall, it must first begin with the destruction of its morality and the removal of spiritual authority (God and church), then move to the elimination of private property, the elimination of earthly authority (bosses), and finally a financial crisis. America has withstood numerous recessions and depressions, but her moral authority always remained intact.

The current demand for less moral and earthly authority continues to increase. Government continues to file eminent domain lawsuits, as activists shout that Americans are “on stolen land.” Regulations from government agencies continue to pile up, making it more difficult for “bosses” to run their private businesses, and for some nearly impossible to break into certain industries without receiving outrageous and more often than not unnecessary government licenses. Lastly, and this has been on display in the Democractic debates, capitalism is decried by the likes of Sanders, Warren, and, well, just about all of them. The cry for equality echoes the sentiments of Spain’s new Republic. Those cries hit a deafening pitch during the years of the war as blood ran through the streets.

In America, it already feels like a return to Spain’s 1931, and for more than the aforementioned reasons. Spain’s balance of power swung back and forth from that point onward till 1936, when Francisco Franco and his army moved in.

If America isn’t careful, we will end up removing all of our “indispensable supports” and when chaos and order collide, no one will be able to tell the difference between the two. Just as it was in the Spanish Civil War.