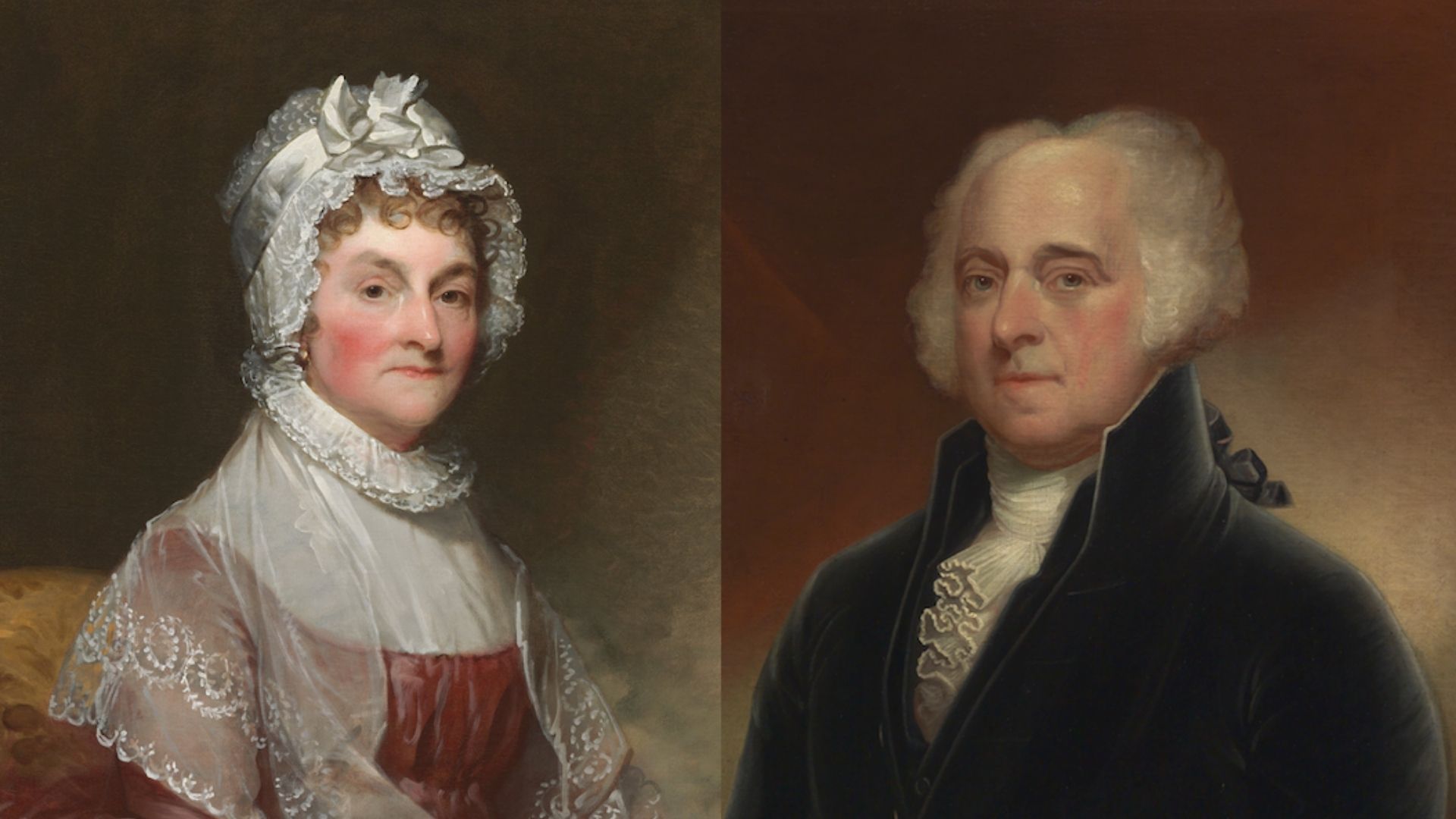 Valentine’s Day is once again upon us, and for loved ones who find themselves separated by distance, there’s never been a better time to be alive. We can jump on a plane and visit the ones we love within 24 hours. Cellphones, emails, text messages, FaceTime, WhatsApp, Messenger, and other apps allow us to instantly connect with someone anywhere in the world. We are very fortunate to have this instant access that allows us to view and talk in real time.

In the 18th century, John and Abigail Adams didn’t have such luxuries. These two lovers communicated the old-fashioned way: quill pen, ink, and paper sent via snail mail. From 1762 until 1801, both wrote approximately 1,000 letters to each other from the time they courted until the year he ended his political career as the American president; 1,160 of those letters survived and can be enjoyed by the public today.

Pet names were common between the two. It allowed for playfulness during their serious discussions: Miss Adorable, My Dr., and To the great Goddess Diana.

“And there is a tye more binding than Humanity, and stronger than Friendship, which makes us anxious for the happiness and welfare of those to whom it binds us. It makes their [Misfortunes], Sorrows and afflictions, our own. Unite these, and there is a threefold cord—by this cord I am not ashamed to own myself bound, nor do I [believe] that you are wholly free from it. [Judge you then] for your Diana has she not this day [had sufficient] cause for pain and anxiety of mind?

She bids me [tell] you that Seneca, for the sake of his Paulina was careful and tender of his health. The health and happiness of Seneca she says was not dearer to his Paulina, than that of Lysander to his Diana.”

John once ended a letter with:

He settled with Lysander for himself. She called herself Diana, but later adopted the name Portia, the woman married to Julius Caesar’s most famous assassin: Marcus Junius Brutus.

When John served in Philadelphia and in Europe during the Revolutionary War, the time apart brought loneliness to both. Yet, they managed to maintain their happy marriage, despite the difficulties that came with such a long separation, with the frequent letters that brought them each much comfort.

John often spoke of difficulties, the pox and pestilence. On July 3, he wrote about independence:

“The Second Day of July 1776, will be the most memorable Epocha, in the History of America.

I am apt to believe that it will be celebrated, by succeeding Generations, as the great anniversary Festival. It ought to be commemorated, as the Day of Deliverance by solemn Acts of Devotion to God Almighty. It ought to be solemnized with Pomp and Parade, with Shews, Games, Sports, Guns, Bells, Bonfires and Illuminations from one End of this Continent to the other from this Time forward forever more.”

Abigail wrote about the fear Bostonians felt of a possible return of the British or the difficulties of maintaining a home without a husband’s assistance. They discussed the kids, fellow congressional delegates, financing the nascent nation, fighting a war, and supplying the home with the resources and money available to them at the time.

“I have wrote to you 7 different times, but of late my Heart so much misgave me that I knew not how to hold my pen, and the distracting thought of not knowing where to find you withheld my Hand. Do not fail of writing to me by every way and opportunity you hear of, if Letters are sent to any other State directed to the president of congress I shall soon get them.

I shall wait with impatience till I receive some tidings from the well known hand of my dearest Friend. O When, When will it arrive.”

In March 1778, Abigail showed more emotion to her absent husband:

“Tis a little more than 3 weeks since the dearest of Friends and tenderest of Husbands left his solitary partner, and quitted all the fond endearments of domestick felicity for the dangers of the Sea, exposed perhaps to the attack of a Hostile foe …”

In June, Abigail became quite anxious:

Six Months have already elapsed since I heard a syllable from you or my dear Son, and five since I have had one single opportunity of conveying a line to you.”

My Dear Portia letters were not enough. Both felt anguish as they wished for more and better ways to feel closer while they lived apart. Fortunately for them, the war didn’t last forever. Eventually, hostilities ended and the two were reunited in Europe.

The writing ceased when John moved back home after his presidency came to an end in 1801. Afterward, they shared their lives together until her death in 1818. During that time, John managed to reconcile with Thomas Jefferson a few years before Abigail’s death.

The life of John and Abigail Adams is a true love story, a symbiotic relationship that lasted over 55 years. She was his confidante and intellectual equal. He was her proxy at the Continental Congress since women were absent from the debates and discussions. The two lovers were dear friends, and it showed in their correspondence: “My dear Friend … Forever yours, Portia.”

With today’s fast technologies, couples who struggle with communicating with their partners may look to John and Abigail for inspiration. If the Adams can wait several months to send and receive, we, in this great era of communication, are in a better position to express love to the special Valentine we love without the long wait.