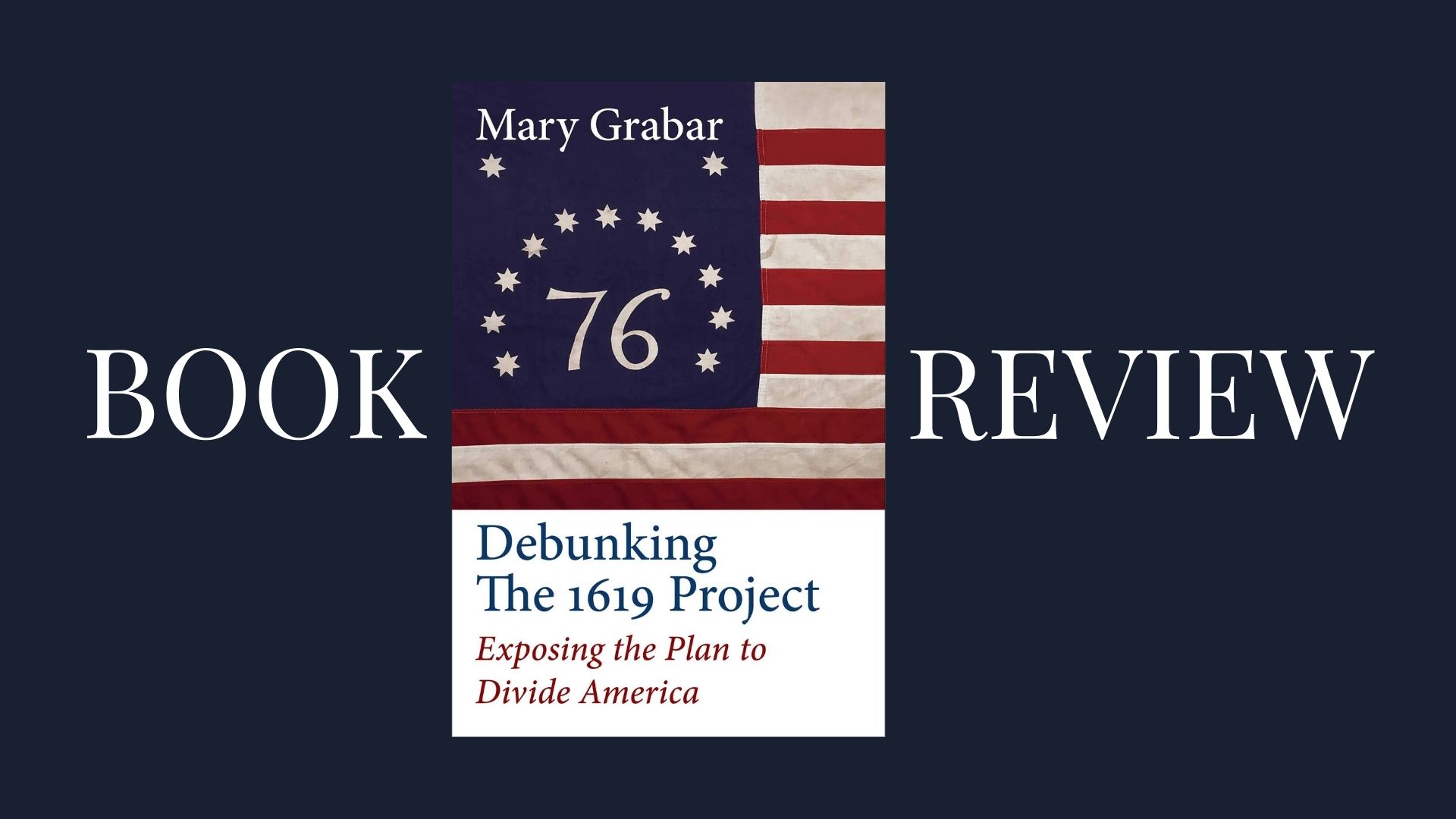 The 1619 Project’s massive success and wholesale acceptance by millions of readers, as well as its propagation into thousands of public schools, further proves that many Americans are fond of ideologically-driven historical narratives as long as they are well written. It is incredible that a slew of essays by writers whose specializations are not tailored to the subject in which they write can facilitate an about face on a country’s history and conduct a “reframing” to fit a seemingly purposeful misinterpretation of historical scholarship. Such is the time we live and such is the ongoing preference for modern cultural trends at the expense of cultural foundations.

‍
In the new book “Debunking The 1619 Project: Exposing the Plan to Divide America”, set to be released Sept. 7, the author Dr. Mary Grabar goes far beyond what her book suggests. This is not merely a debunking of an ill-conceived and historically inaccurate publication; this is a historical onslaught that provides the reader with an incredible amount of information about little-known history, well-known but misperceived history, as well as an arsenal of proof reiterating well-known and properly perceived history.

Grabar points out early on that the 34 contributors to The 1619 Project, whose objective was to “reframe the country’s history, understanding 1619 as our true founding” were primarily “journalists (most associated with The New York Times) and creative types, poets, novelists, artists, and photographers.” Only four were historians, though none of them are “recognized as a leading expert in the history of slavery.”  She necessarily points out that the creators, in particular Nikole Hannah-Jones, The New York Times’ editor whose brainchild was The 1619 Project, are politically on the Left.

Grabar wisely crafts and provides the necessary information to not only underline the politics of the contributors, but also pinpoint how illogical it is to rely on artists and journalists to “correct” the narrative of American history ― a history that has been explored and dissected for centuries by some of the brightest historians. Those advocating for a “reframing” of American history “through the lens of slavery,” as Hannah-Jones desires, will hardly be detered from attempting to force their square peg into this round hole. Those who care about historical accuracy, however, will find Grabar’s book refreshing by the fact that she pulls diligently from historians, both liberal and conservative.

The author does not shy away from the highly controversial topics covered by The 1619 Project contributors ― including attempts to cancel Thomas Jefferson and Abraham Lincoln, the claim that the American Revolution was fought merely to protect slavery, and that slavery in America, and in particular on Jefferson’s Monticello, was “unlike anything that had existed in the world before.” Grabar pours over each claim with historical facts, assessments by other historians, and quotes by contemporaries or the subjects themselves, like Jefferson and Lincoln. She does not write with malice toward Hannah-Jones and the other contributors (though one can surely understand the dismay she must have felt, as many historians did, when reading The 1619 Project’s claims); rather she writes in a very unemotional matter-of-fact way. She comes from nearly every angle to dissect the most egregious claims and lay them bare. It is little wonder, as she points out, that Hannah-Jones has yet to accept an invitation to defend her stance on the debate stage. Even when historians ― from the Left and the Right ― came out against the publication, including Leslie M. Harris, the history professor from Northwestern University who helped fact-check the project, Hannah-Jones refused to address their concerns and assertions, except to ignore them, resort to insults or accuse them of “white supremacy.”

Hannah-Jones brought the stage, but Grabar undoubtedly brought the debate, with her 258-page debunking of The 1619 Project (along with nearly 60 pages of bibliography notes in font much smaller than the galley text).

We get very little of Grabar’s personal thoughts on the subject, which is precisely the point. When covering history that dates back 400 years, less narrative and more historical context, especially from contemporaries and past historians, is key. It is, however, alarming that so many accept modern narratives lacking significantly in historical scholarship as gospel.

Grabar not only provides in-depth counterpoints to the Project’s claims through the writings of great historians on the topic of slavery, like John Hope Franklin, Eugene D. Genovese, and Dumas Malone, but she also provides an in-depth history into Hannah-Jones herself, primarily through Hannah-Jones’s own writings.

There have been articles and letters written rebutting The 1619 Project, and those are often well written and well intended. But the issue with those articles of approximately two years ago is that they were reactionary, even if scholarly. These pieces do not cover enough for there is only so much allowable space in a column or letter to the editor; they also often seem more opinionated than factual, and at times are. “Debunking The 1619 Project: Exposing the Plan to Divide America” provides what is needed in response to The New York Times’ Magazine publication. It required a thoughtful, in-depth, and scholarly work that addresses the most heavy-handed aspects of the Hannah-Jones brainchild.

This book is not a defense of slavery, which is an accusation I fully anticipate foolishly being launched. This book is also not an attempt to tamp down the slavery discussion. If anything, it helps place that discussion in its proper and necessary lens. Grabar’s work is a defense of the nation’s true founding of 1776 and its foundational principles, and does not stray into an attempt to “reframe” everything we know to be true.