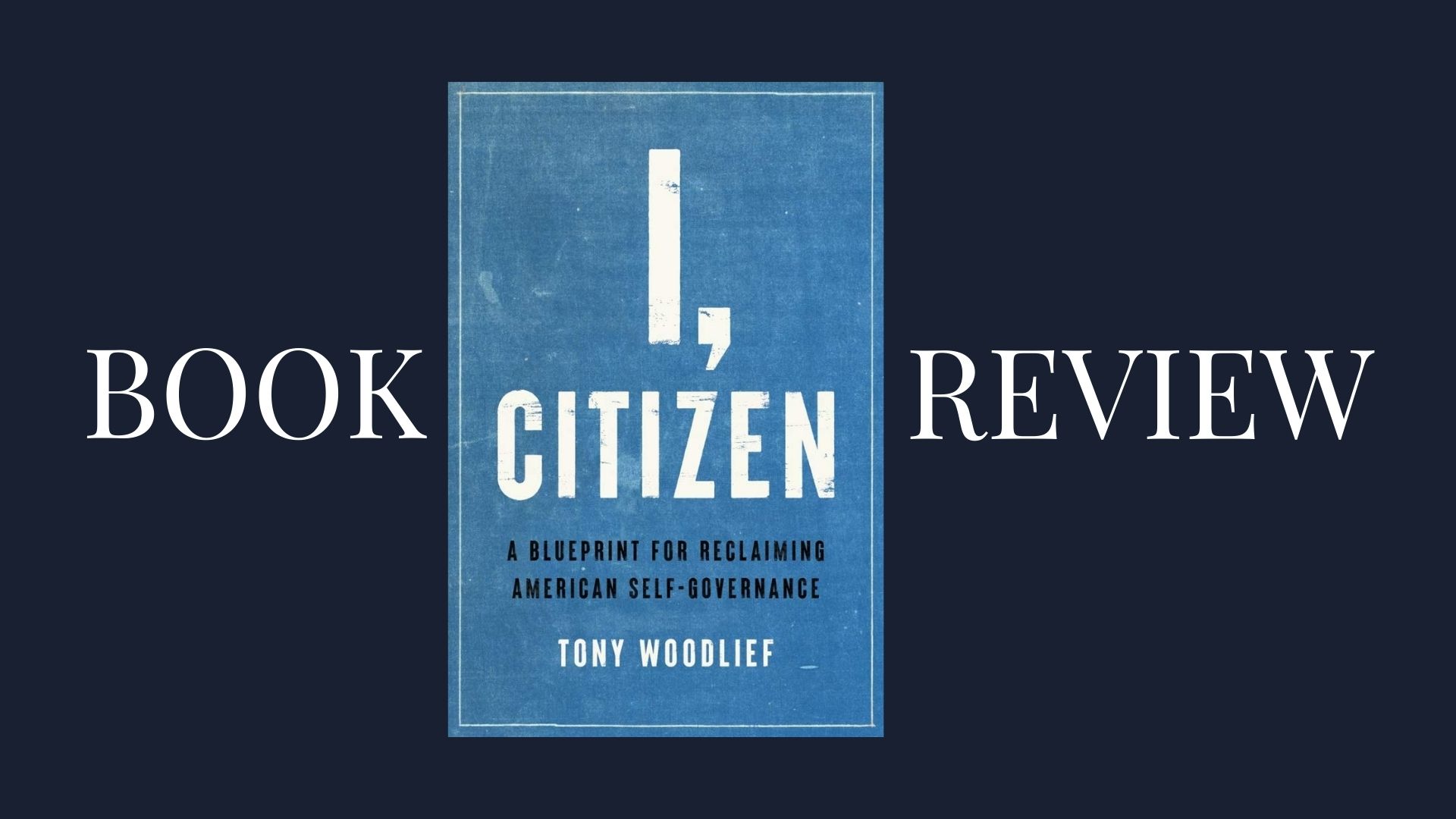 Book Review: ‘I, Citizen: A Blueprint for Reclaiming American Self-Governance’

In many of their writings, the Founding Fathers often indicated what they were working to secure for the American people: safety and happiness. These two words were a reflection of what Thomas Jefferson meant when he wrote that “governments are instituted among men to secure these rights.” The Founding Fathers’ goal was to institute a republican form of government that would ensure their safety and happiness by securing the rights of the citizens.

Tony Woodlief, in his new book “I, Citizen,” describes how our government has continued to stray further and further from our founding principles. The author provides ample examples of how this has taken place, including our ever-expanding administrative state, our three branches of government that seem confused about their proper roles, and a population that has forgotten the purpose of citizenship.

How We Got Here

How did this begin? Woodlief highlights two very obvious figures that helped perpetuate the decline in self-governance and the rise of what Thomas Hobbes would call the leviathan of government: Woodrow Wilson and Franklin D. Roosevelt. These two presidents and their administrations ushered in the superiority of the expert, where control over how the country is run is no longer subject to the citizens and their representatives, but to unelected bureaucrats. With the creation of federal agencies to tackle issues within the country, the author points out how our three branches of government failed to do their jobs and have greatly failed to rein in an administrative state with agencies possessing the power of all three branches.

Is this unwelcome intervention intentional? After reading Woodlief’s book, it is hard to see it as anything but, at least from the perspective of the agencies themselves. The author suggests that one of the problems is that there are too many political scientists (of which he is one) directing the country. His chapter “Scientists, Mad and Political,” breaks down the goals of these “mad scientists” and why they believe their goal of top-down control is not only achievable but workable (his example of the National Forest Service is unforgettable).

Woodlief presents a “mostly neglected report” that was presented to the American Political Science Association in the 1950s and how it opened the floodgates for how our current two-party system operates. Although there are many reasons to read this book, this chapter alone will open readers’ eyes to exactly how citizens continue to be duped by politicians, regardless of party.

How We Get Back to Self-Governance

Woodlief brings information that citizens need to know and understand. He discusses how our system, which started off so well, has been slowly but surely dismantled. Part of that is the lack of engagement by citizens themselves. The author makes it clear that high-level citizen participation in politics is too often done by ideologues rather than regular level-headed people. (I can hardly agree more.)

Not only has engagement in politics decreased, leading more and more people to become unintentional ideologues by voting strictly according to party affiliation, but Woodlief makes the case that people are becoming less engaged with each other. A society that does not engage with each other can hardly be expected to trust each other, and if that society is not built on trust, then that society must ultimately fail. Woodlief encourages readers to be engaged in their community for its own sake.

Ultimately, Woodlief makes the case that America is in trouble from within. We now have a government solely focused on safety, while disregarding the happiness of its citizens, and in many cases―and most cases in recent memory―safety according to an arbitrary measure. Yet, Woodlief admonishes the reader to not aim for Washington, D.C. as the starting point. That isn’t where citizenship begins.

Citizenship starts in the community and then branches out from there. The author makes a convincing argument that the only way to diminish the size of this “monster,” as Woodlief describes it, is to make certain that communities and cities are based on self-governance. From school boards to city councils to simple community engagement, American communities need their citizens―those regular level-headed citizens―to be active. Woodlief discusses various ways to accomplish that goal at the end of his book.

A Call to Citizen Action

“I, Citizen” is a call to action for Americans to begin playing the traditional role of good, concerned citizens. This, as Woodlief also points out, doesn’t mean jumping on social media to address the country’s ills, but doing as Theodore Roosevelt suggested and actually getting in the arena.

This book is a necessary read in a time when there is a lot of concern about the direction of the country and confusion about how to actually put it back on course. Woodlief wisely states that we won’t see our country get back to where it should be in our lifetime, but that if we start now, we can move it back in the right direction and begin to witness the increase in freedoms that we, along with our elected officials, have relinquished.