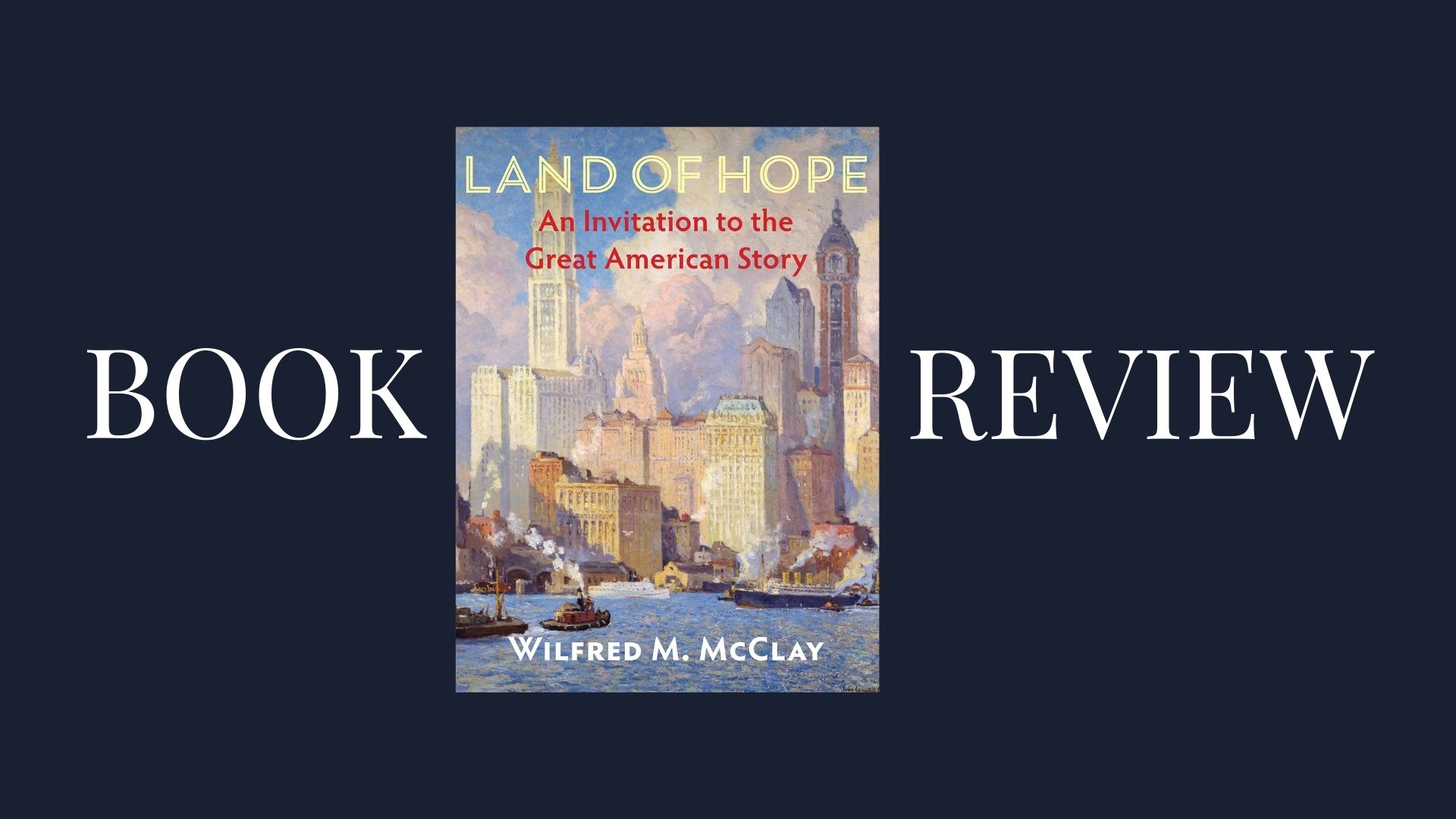 History itself is controversial. It needs no help in that arena. Great things have happened and terrible things have happened. Heroes are heralded and villains are vilified. When it comes to the modern telling of American history, the great things are undermined, even overshadowed by the terrible. Heroes become the villains and the villains remain villains. Moderns, sitting atop the moral high ground, seem to find only the negative, even in the moments and people that emanate positivity. Wilfred McClay’s book, “Land of Hope: An Invitation to the Great American Story,” makes no such mistakes.

McClay writes in his introduction that the “principal objective” of the book is to “offer to American readers, young and old alike, an accurate, responsible, coherent, persuasive, and inspiring narrative account of their own country - an account that will inform and deepen their sense of the land they inhabit and equip them for the privileges and responsibilities of citizenship.”

After having read “Land of Hope” I find that this invitation to American history is exactly that and that it accomplishes what the writer set out to do. Along with “accurate, responsible, coherent, persuasive, and inspiring,” I would add one more adjective: “honest.”

McClay does not shy away from controversy. To do that would be to write a dishonest history book. He simply writes what happened in this “Land of Hope” from before the arrival of Columbus to the 21st century. What happened along the way is full of adventures and mishaps, good fortunes and hardships, the beautiful and the vile.

America, just as any country that has ever existed, was not free of controversy and failures. We are aware of the issues that plagued us: slavery, women’s rights, workers’ rights, child labor, Jim Crow, prohibition, corrupt politicians, corrupt media, corrupt tycoons, assassinations, destructive ideologies, wars, and the list goes on.

Another list, longer for certain, is the successes of America. The aforementioned failures were righted, or at least were fought to be righted. But aside from those righted wrongs, we have the Declaration of Independence and the Constitution, free markets, the industrial revolution, scientific advancements, literary giants, giant leaps in technology, discoveries on land and in space, wars fought for freedom, and more than anything, the establishment and maintenance of a constant beacon of hope for those born here and abroad.

Though at times it will go into detail, ultimately this history book is an invitation for more. For readers, specifically teachers, it provides ample opportunity for discussion and further research into topics, like the Great Awakening and the Progressive Era, or people, like Pierre L’Enfant and Cornelius Vanderbilt. It encourages further reading by mentioning influential writings in American history, like Common Sense, Democracy in America, “The American Scholar”, Progress and Poverty, and The Man in the Gray Flannel Suit.

The book does not place politically controversial figures in the role of villains. There are plenty of disagreements that arose then and do now about past politicians. For example, the typically overlooked Calvin Coolidge, misunderstood Herbert Hoover, and overinflated Franklin Delano Roosevelt are placed in their proper context for their time, their deeds, and their fortunes or misfortunes. Moderns who retell history often write off historical figures, as has been the case with William McKinley, who has always been overshadowed, perhaps understandably, by his successor, Theodore Roosevelt.

It is not that McClay demands attention be paid to these major and minor figures; but his book does provide the invitation for readers to do so. This is one of the many reasons why I find that it is a very fair retelling of American history. The reader will not walk away feeling as though their country was just run through the ringer. I predict readers will walk away with a sense of pride about their country, a knowledge of the good it has done for its citizens and the world, and the wisdom to learn from the ills its very citizens worked to eliminate, and often quite successfully. And that, as McClay stated early on, is part of “the privileges and responsibilities of citizenship.”

A well-written textbook almost seems like a contradiction in terms, but McClay’s book is extremely well-written. The book is a credit to his knowledge as a historian and his ability as a writer.

It would be prudent for districts and education agencies in the public school sector to advocate for utilizing this book, though I do not have much hope for that proposition. For private school organizations and administrations, as well as homeschools, McClay’s “Land of Hope: An Invitation to the Great American Story” is an invitation to teach an honest retelling of American history.

A teacher’s guide to the textbook is also available.