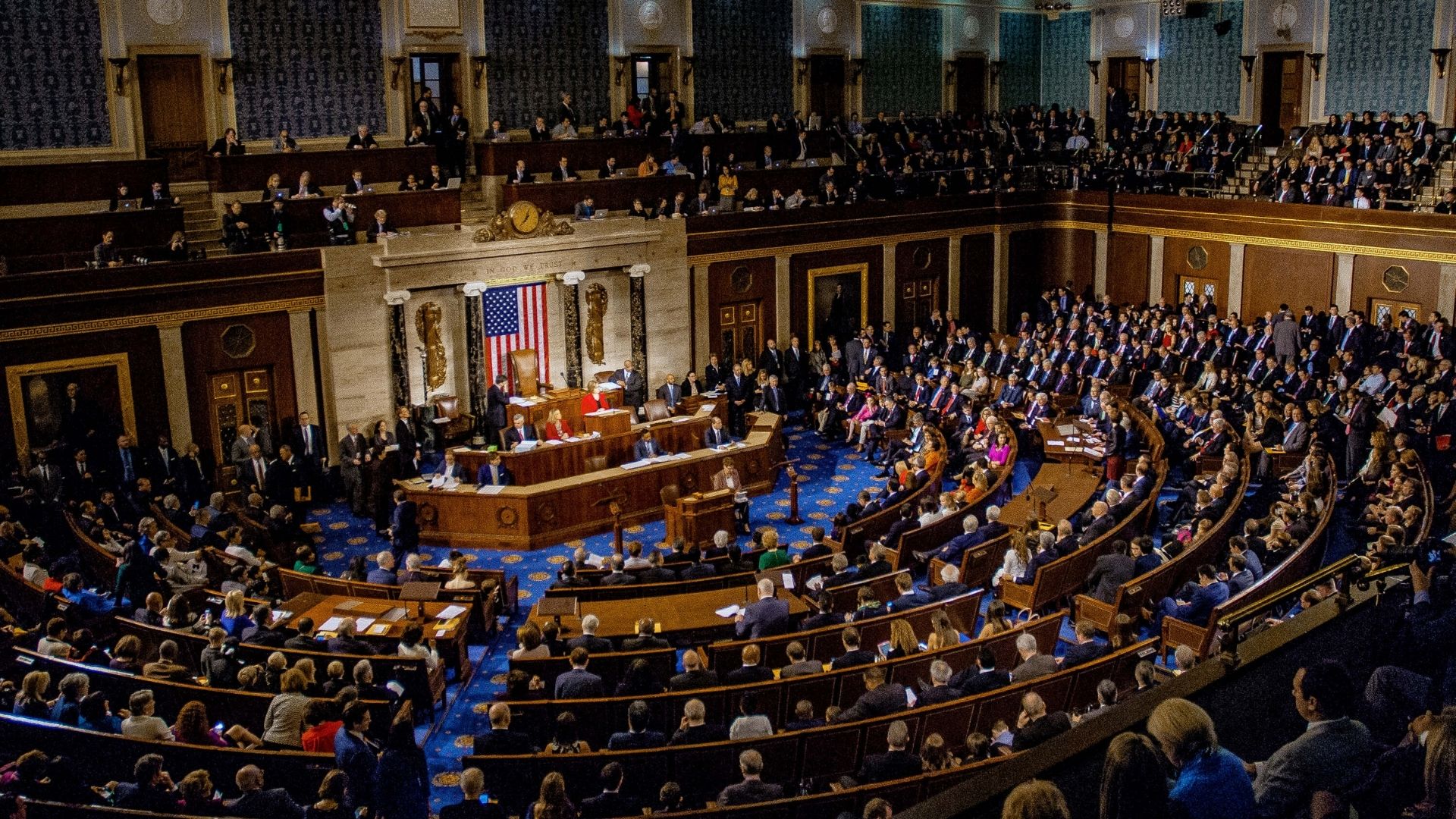 COVID-19, Madison and the Consequence of Crisis Legislation

The Coronavirus has not only caused a pandemic of illness, but it has also created a pandemic of legislation across the halls of Congress. Currently, there are 38 pieces of COVID-19-related legislation—two amendments, five resolutions, and 31 bills—that have either become law (H.R.6074 and H.R.6201) or are being introduced to the House or Senate. Twenty-four of the 38 are sponsored by a Democrat, 13 by a Republican, and one by an Independent.

The largest piece of legislation, from a financial perspective, is still in the works. The CARES Act, sponsored by Senate Majority Leader Mitch McConnell (R-KY), looks to top the $1 trillion mark. This 247-page bill makes a lot of promises, including cash payments to citizens, small business loans, and free coronavirus testing.

It is not that these current pieces of legislation are necessarily wordy, since 247 pages isn’t incredibly long, especially compared to recent famous pieces of legislation. Since the turn of the century, more and more pieces of legislation, especially spending bills, are hitting the 1,000 page mark. The Affordable Care Act was 2,300 pages when it was passed (1,000 pages longer than President Clinton’s proposed Health Security Act of 1993). The issue, rather, is the amount of bills being introduced.

Numerous bills being introduced in a session is not an anomaly. The anomaly is the threat of the ever expanding pandemic, and the economic, social, and political fallout of passing the wrong one and not passing the right one. This begs the question of how can a politician vote against any of them? The pandemic has been at a fever pitch for quite a while, therefore exemplifying deliberation can easily be portrayed, especially by the media, as being apathetic.

Madison’s words reverberate in this moment of crisis. It comes down to not simply keeping the laws from being too “voluminous,” but rather actionable. “Law is defined to be a rule of action; but how can that be a rule, which is little known, and less fixed?” Madison is referencing the citizen knowing the laws, but it may just as well be understood that he was talking about the legislature (his topic was in fact about the Senate).

If too many bills are passed at once and under duress, then something can easily slip through which will have long-term negative effects. There is no doubt that Americans often prefer limited government intervention, that is until there is a crisis. Political reactions to American crises have proven that action, even when the rule created is “little known, and less fixed,” is an acceptable response.

These laws do come with expiration dates, but expiration dates have rarely stopped laws from continuing. It will be no different than the New Deal legislation, the USA Patriot Act legislation, and the American Recovery and Reinvestment Act legislation. This short-term crisis will have long-term legal effects. Unfortunately, politicians, activists, and special interest groups rely on crises to open the door to get legislation through—legislation that would otherwise prove to be very difficult, if not impossible to pass.

One very recent example of this is the recent Families First Coronavirus Response Act (H.R.6201) that became law a few days ago. According to various reports, Democrat lawmakers attempted to undermine the Hyde Amendment, which was set in place in 1976 to ensure federal funds would not be used to pay for abortions. This led to President Trump’s response that “There are things in there that had nothing to do with what we are talking about. It is not a way for them to get some of the goodies they haven’t been able to get for the last 25 years.” The president was referencing 1994 when legislation passed exceptions to the Hyde Amendment that allowed for federally funded abortions in cases of rape, incest, or to save the mother’s life.

There is little doubt that whatever expires under federal law may possibly move into regulation, or be adopted by some states. Within the administrative state (federal agencies) “voluminous” appears to be of little consequence. Since 1989, an annual average of 71,000 pages have been added to the federal registry—that’s more than 2 million pages. The Statutes at Large compiles all laws passed by Congress; however, these volumes do not include case law nor regulatory provisions. The Justice Department in 1986 once attempted to compile a list of solely criminal laws. By the end of the two-year endeavor, Ronald Geiner, who led the effort, stated that one could have died and been resurrected three times and still not come up an answer to the total.

To say that lawmakers and agencies have gone too far or been too “voluminous” would be an understatement. It appears that politicians, activists, and special interest groups would prefer a vast selection of rules and regulations dictated so as to give the noble appearance of “action.” But it is not they who must deal with the results, it is the people. Madison never stated it so perfectly than when he wrote about who must reap this harvest.

“Every new regulation...presents a new harvest to those who watch the change, and can trace its consequences; a harvest, reared not by themselves [lawmakers], but by the toils and cares of the great body of their fellow-citizens. This is a state of things in which it may be said with some truth that laws are made for the FEW, not for the MANY.”

The COVID-19 laws being introduced and passed are no different. Not too far down the road, Americans will be able to trace the consequences of action done in this time of crisis.