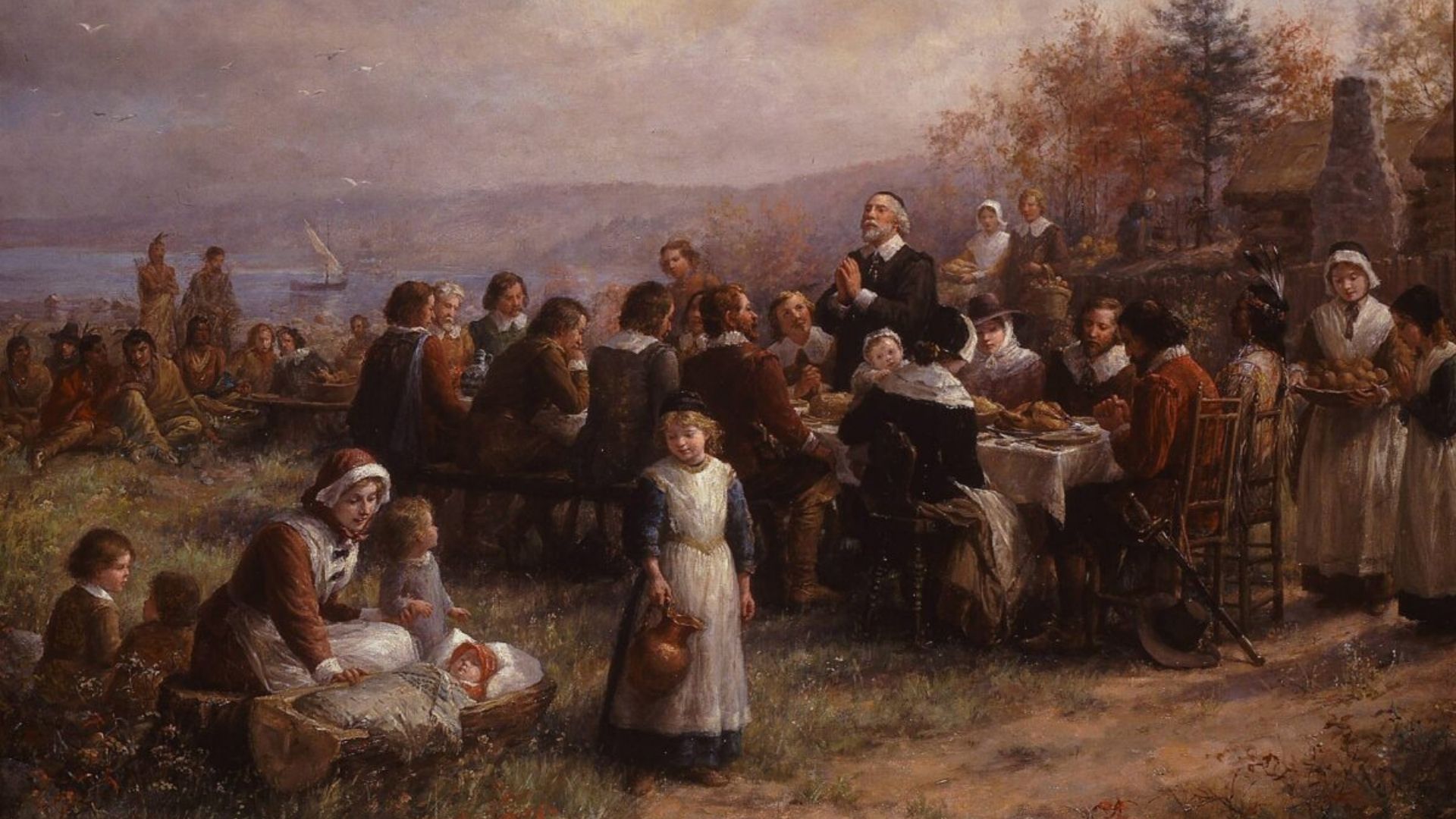 Don’t Let Anyone Steal Your Gratitude

Ingratitude has somehow become vogue in the United States. It seems that the more we progress in technology, science, entertainment options, food and clothing accessibility, self-managing appliances, and a laundry list of other blessings, the more opportunities there are to complain rather than be thankful. Even the middle-class and some lower-class individuals and families in the United States possess lifestyles that would rival the kings and queens of old.

Americans can point to the many pioneers and geniuses who have walked this land in order to provide such a quality of life. From before our nation’s founding to today, we have so much to be thankful for and so many to thank.

Reflecting on the Miracles of the Pilgrims and Indians

In regard to our ancestors, many of us are already bracing for the inevitable assault on Thanksgiving. It shouldn’t be a day of reflection upon the ills of our country’s past, but rather on the good. We should think fondly upon those Pilgrims and Indians who met 400 years ago and indulged in a three-day festival together. We should think fondly on Tisquantum (Squanto), who practically saved the Pilgrims. William Bradford, governor of Plymouth at the time, called him “a special instrument sent of God.” We should think fondly on Bradford and the rest of the Puritans who stuck together and, by the providence of God, survived and eventually thrived. Part of that providence stemmed from someone else for whom we should be thankful: Massasoit, chief of the Wampanoag people.

The Wampanoag and the Pilgrims became strong allies and cultivated a trusting friendship between the two peoples for half a century. This relationship resulted in more than a trading partnership or ongoing festivals: It proved to be mutually providential.

Two years after the three-day festival, Massasoit became deathly ill. The news reached the Puritans, which prompted Edward Winslow to visit the chief. Upon Winslow’s arrival, he found the chief to be blind and unable to eat or drink due to massive swelling in his mouth. Winslow provided medicine, scraped the inside of his mouth, and made him a meal of chicken broth soup. Within half an hour, the chief was improving and his blindness had dissipated.

A drought had hit Plymouth right after planting season. With no rain, there would be no crops. If this drought had persisted, it would have eventually decimated the colony. Winter rations were gone. Fishing had become the primary source of food, but this was hit or miss (as fishing typically goes). By mid-July, Bradford noted that the ground was “parched like withered hay.” If God had secured their voyage, brought them to the specific location where Squanto would find them, and introduced them to a friendly and beneficial tribe, then it seemed probable that God would provide a way out of this predicament.

Bradford declared a day of “humble and fervent prayer” and fasting for the colony. A day that started out hot and cloudless ended with a heavy rain that saved the crops and the colony. The Indians also witnessed this miracle and how it transpired.

One of our ancestors who was no stranger to miracles was George Washington. The very facts that the Americans had defeated the greatest empire on earth, that the states’ “firm league of friendship” had survived to establish a union under the Constitution, and that all those states had ratified the Constitution were miracles in themselves. For these reasons and so many more, Washington put forth the first Thanksgiving Day Proclamation.

On Oct. 3, 1789, he announced that there should be a “day of public thanksgiving and prayer to be observed by acknowledging with grateful hearts the many signal favors of Almighty God.” That recommended day was assigned to “Thursday the 26th of November.”

It was nearly a century later before the United States began celebrating Thanksgiving Day federally. Though most states celebrated the holiday on the same day, some states chose their own days. One of the most influential people of the 19th century, Sarah Josepha Hale, implored presidents and politicians to advocate a national Thanksgiving Day. Most of those presidents referred back to Thomas Jefferson’s reasoning that proclaiming such a day would be an infringement on the First Amendment’s freedom of religion clause.

It wasn’t until Abraham Lincoln chose to make the Thanksgiving Day Proclamation in 1863 that it stuck (though it wasn’t officially a national holiday until Congress made it so in 1870). His proclamation and that Thanksgiving Day fell on the same days as Washington’s: Oct. 3 and Nov. 26.

Lincoln hoped that Americans, despite being “in the midst of a civil war unequaled in magnitude and severity,” would “set apart and observe” that day “as a day of thanksgiving and praise to our beneficent Father.” He recommended that the people of the nation should also “fervently implore the interposition of the Almighty hand to heal the wounds of the nation and to restore it.”

The war would continue for another 19 months, but the nation would be restored.

The Modern Thanksgiving Day Must Recall the Past

Now here we are, nearly 160 years later, dealing with a wounded nation in need of restoration. Our annual day of thanksgiving is often met with cynicism and ingratitude, though arguably that negativity tends to originate from a loud and incessant minority. Yes, there are ills in our country―economically, politically, and morally—which must be addressed in order to heal and restore. It’s no different than nearly any other time in our nation’s history. There have always been and will always be issues to deal with and problems to solve.

Despite this, Thanksgiving Day shouldn’t be added to the list of days in which we find ourselves complaining or pondering our ills. It should be the day that our hearts and minds are focused solely on being thankful for the blessings we have. We can look back over the 400 years of incredible―even supernatural―prosperity and providence bestowed upon the United States. Despite our ills, our land is the most sought after on the globe. It’s evident that the grateful words of Edward Winslow continue to echo across borders and oceans: “by the goodness of God, we are so far from want, that we often wish you partakers of our plenty.”

This coming Thanksgiving Day, let us be partakers of that plenty, not simply in food, but in reasons to be grateful.