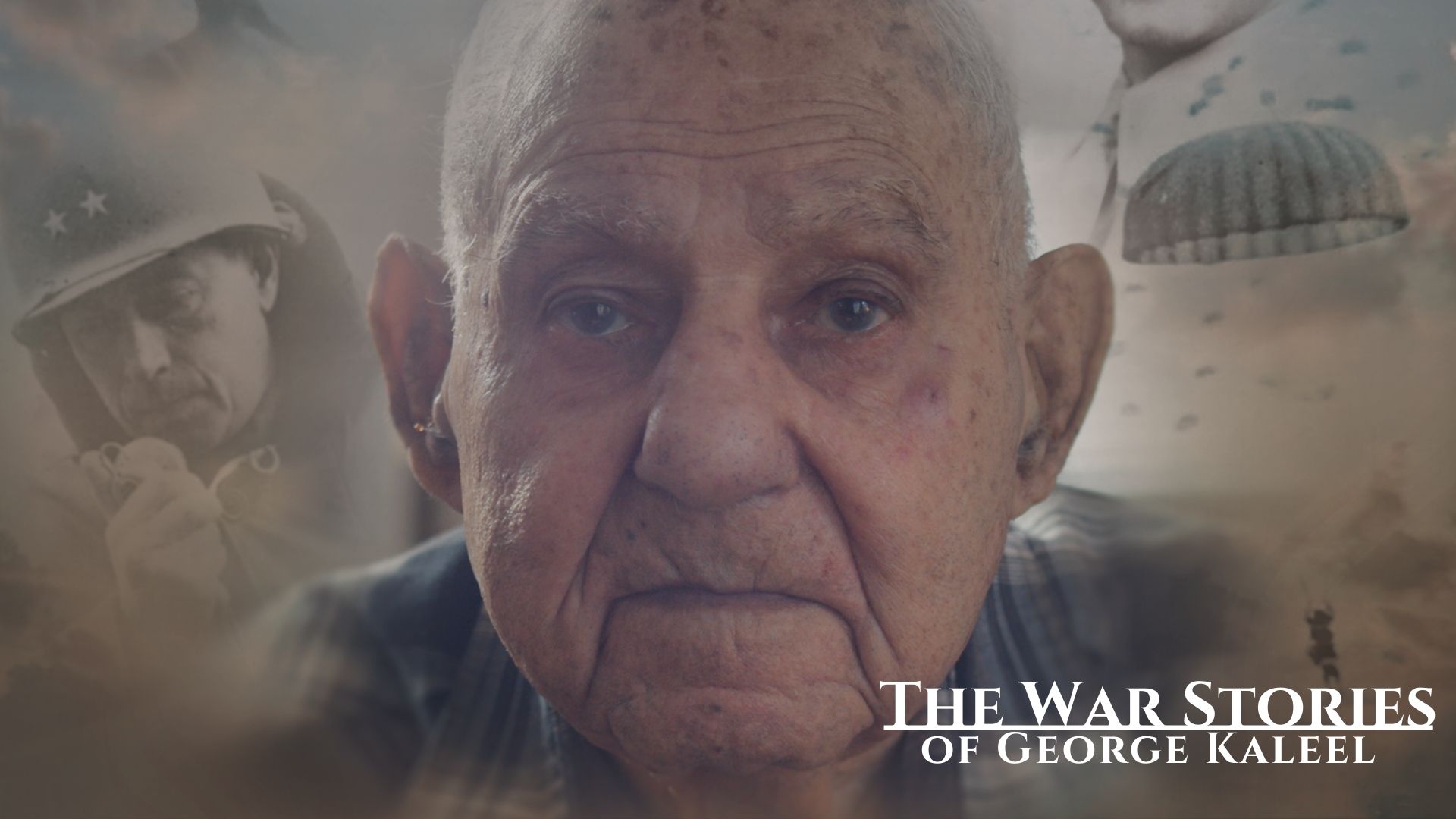 Now is your chance to help fund our very first documentary on World War II veteran George Kaleel. Our goal is to raise $15,000 to pay for expenses that come with conducting premieres, festival and film competition submissions, and more. Your donation will be tax-deductible, as we are again partnering with our friends at Texas Heritage League, which is an organization focused on promoting and preserving Texas history.

“The War Stories of George Kaleel” is a full length (30-minute) documentary that captures the story of a 100-year-old World War II veteran who recalls his war experiences. His first day of the war began on D-Day. From there, he ventured through France, Belgium, and across the Rhine River into the heart of Germany.

‍
Mr. Kaleel is one of the lucky few who had exceptional documentation of his experience. His close friend and brother-in-arms Bengy Sylvester was a World War II photographer. Through Mr. Kaleel’s retelling, Sylvester’s photography, footage from the National Archives, sound effects, and powerful music, we were able to bring his powerful story to life.

‍
His story captures some of the more well-known aspects of the war, including D-Day, working with Gen. George S. Patton, and liberating Holocaust victims, while also capturing moments that may not be so well known, like encountering elements of the Hitlerjugend, breaking open an Nazi underground city, and the murder of Gen. Maurice Rose ― the highest ranking American officer to be killed in the war.