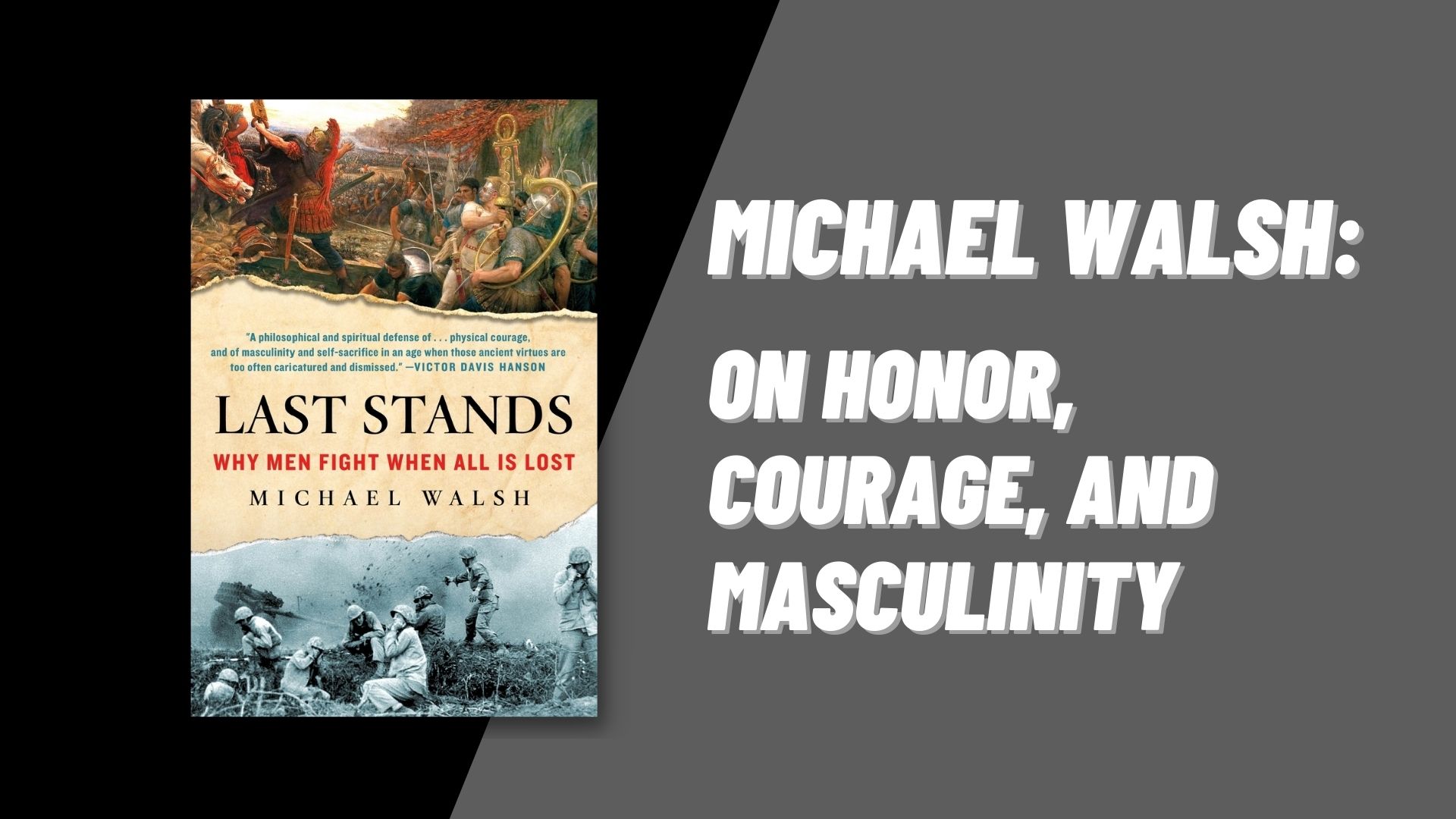 Michael Walsh and the Defense of Masculinity

“The defense of masculinity.” That was Michael Walsh’s response when asked what was the focus of his new book, Last Stands: Why Men Fight When All Is Lost.
Walsh joined the podcast to discuss his new book on May 17.

His new book, which came out this past December and was published by MacMillan, covers a range of 16 battles, going all the way back to the ancient battle of Thermopylae to the modern times at Stalingrad. It was an incredibly powerful and pinpoint conversation about where the world, and America in particular is headed, as politics seems to have seeped into every crevice of American life.

Walsh makes the point that masculinity is an absolute necessity for a nation to survive. The lack thereof does not paint a pretty picture.

This truly was a no-holds-barred talk about where the country currently finds itself. It is also a call to men everywhere to be men and to embrace their masculinity.

You can purchase his book anywhere books are sold.