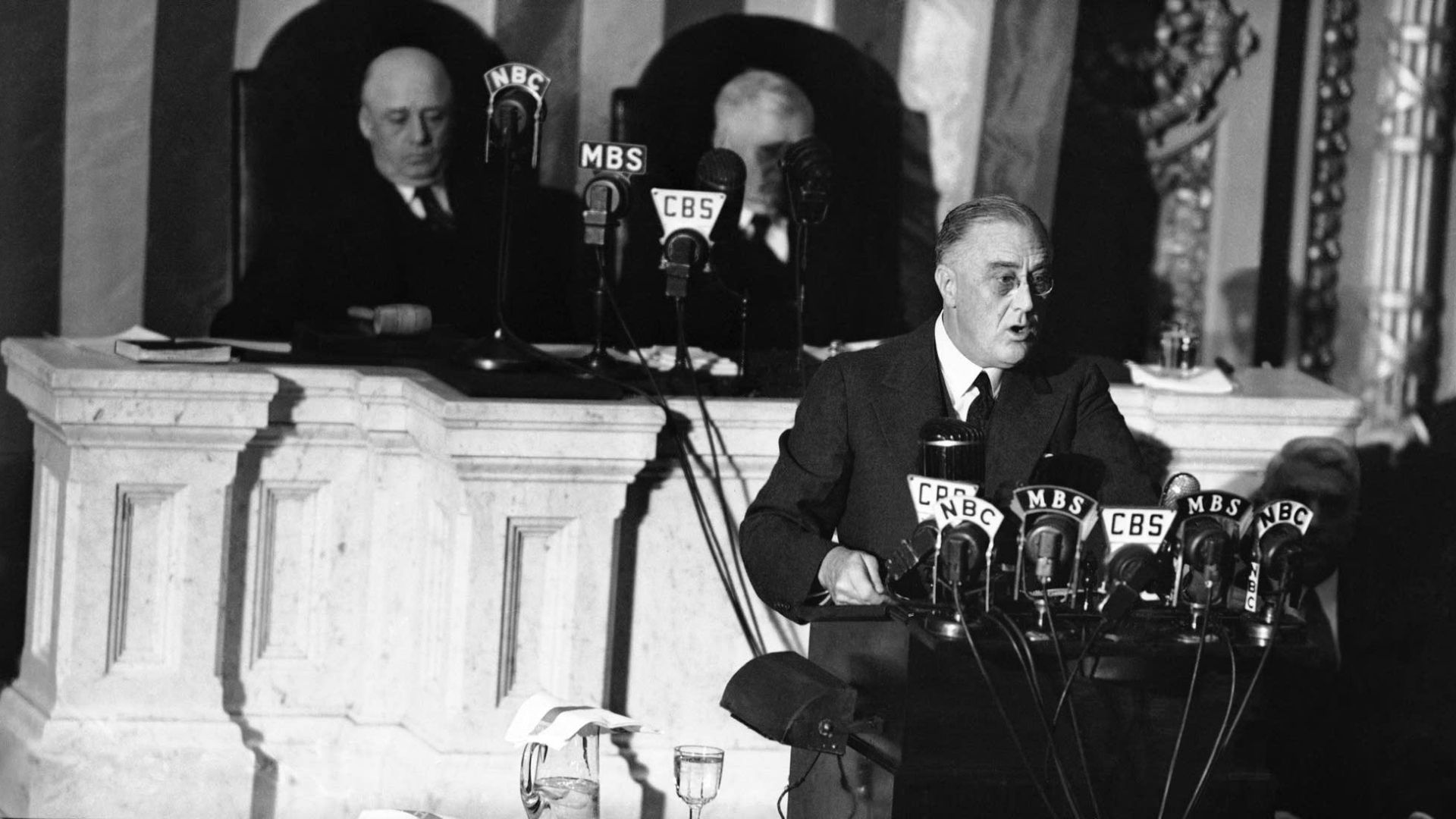 Presidents and Their Military Decisions

When President Trump authorized the strategic strike against Iran’s Qasem Soleimani there was an uproar of praise and worry stemming from the same people: Americans. Americans have always feverishly deliberated the outcomes of military decisions made by their presidents. President Trump’s decision to kill Soleimani, his decision to withdraw troops fighting with the Kurds in northern Syria, and his recent peace agreement with the Taliban in Afghanistan have been met with what Americans are free to do: second guess.

Hindsight is 20/20, as the old adage goes, and we use our knowledge of history to determine whether decisions made today will be a success or a failure. America has always had enemies from without and from within. So let’s take a look at the history of military decisions made from the eve of America’s inception all the way to modern times, and second-guess where applicable:

This March marks the 250th anniversary of an encounter with our first enemy: the British. Even before we did “solemnly publish and declare, that these United Colonies are, and of right ought to be, free and independent states,” we had been fighting the British for more than a year. Ron Chernow, in his incredible biography Washington: A Life, put the situation into earnest terms when he wrote that Washington “had been chosen to march at the head of a nonexistent army to fight an undeclared war.” Despite the successful short-term and long-term outcome, only about a third of colonists wanted to fight for independence.

America survived the war and defeated the British with the help of the French. Washington, when president, decided against paying back the debt owed France, reasoning that the debt was owed to the former monarchical government of Louis XVI, and not the revolutionary government that had taken his head.

The Washington decision, along with the signing of the Jay Treaty, culminated in what Adams had to face: the Quasi War with France. France began seizing American ships. Adams decision to engage in this undeclared war resulted in very few casualties, but did result in an infamous bill called the Alien and Sedition Act, which violated the First Amendment. Comparatively, Adams decided to confront the French militarily, but not the Barbary Pirates. He chose rather to do as the French, British and others did, which was to pay tribute to the Barbary Nations.

Agitated by Washington’s decision with the French and Adams’ decision with the pirates, Jefferson became president right after the Quasi War ended, but he still had to deal with the pirates. The Barbary Pirates were capturing American ships and taking the sailors to their homeland, where they were used as slave labor until ransomed. Jefferson felt the only way to truly deal with the leaders of these Islamic nations was a show of strength. But on the oceans, America had little strength to show. It was Jefferson’s leadership that put the US Navy on the nautical map. After triumphs and failures, a show of strength proved to work, bringing an end to the conflicts and gaining open access to the seas.

Madison, the Father of the Constitution, was prepared to go to war with Britain just as soon as he stepped into the White House (which would soon be set on fire by the British). Britain had ignored our neutrality in their war against Napoleon, were stopping American ships at sea and forcing sailors to join them in their fight against France, and requiring American ships to port in their ports and pay a tax before trading with other European partners. Madison and Congress launched into the War of 1812. We suffered numerous defeats against Canada; Andrew Jackson established the Treaty of Fort Jackson, forcing the Creek Nation to cede approximately 23 million acres (now known as Alabama and parts of Georgia); and it put the naval commanders through the ultimate tests, which they passed. The Battle of Fort McHenry also inspired Francis Scott Key to write the National Anthem.

Term after term, presidents had ignored, avoided, and even encouraged slavery expansion. The election of Lincoln would end that and would spark rapid secession among the southern states. It would be a war of tragedy. Father against son. Brother against brother. It would place Lincoln in impossible straits, requiring him to overstep Congress and suspend habeas corpus, fire generals, and send hundreds of thousands of men to their death. But the outcome would be a leap toward fulfilling the ultimate promise of the Declaration of Independence by establishing the 13th Amendment and ending the scourge of slavery. The Union was to be preserved at all costs, as Lincoln chose to “accept war rather than let [the Union] perish.”

He had promised to keep America out of World War One, and he kept that promise throughout his first term. Interestingly, had Theodore Roosevelt won the election of 1912, America would have at least been strongly urged to join the conflict in its early going. Germany placed a blockade against the US around the British isles, and soon declared unrestricted warfare, even against neutral countries. In 1915, the William P. Frye, the Lusitania, and the SS Ancona were sunk. In February of 1917, the Housatonic was sunk. When the Germans sent the “Zimmerman Note” to Mexico, America had had enough and declared war, leading to an updated version of the Sedition Act. The war ultimately placed America on the grand stage as a leading world power, placing Wilson as one of the Big Three during the Paris Peace Conference. More than 116,000 soldiers died.

Roosevelt proved more like Wilson than his Uncle Teddy. He had resisted entering the war until the Japanese attacked Pearl Harbor on an early December Sunday morning in 1941. From that point, the Commander-in-Chief became part of a new Big Three and guided the nation through the greatest war in world history. Roosevelt misread Stalin, only realizing in 1945, after the Yalta Conference and weeks before his death, that he was a man “we can’t do business with.” Roosevelt’s Executive Order 9066 forced the relocation of Japanese-Americans into internment camps. More than 415,000 soldiers were killed.

Taking in all the intelligence possible, Truman decided on dropping two atomic bombs on Japan. It proved to be the necessary step in ending the war altogether. Truman made crucial mistakes during the Korean War by taking a backseat to Gen. Douglas MacArthur until they came to political blows, leading to MacArthur’s unpopular firing. The Berlin Airlift under Truman was a feat of unimaginable ingenuity and bravery, which proved that America would not stand down against the USSR.

Eisenhower had been the Supreme Allied Commander during World War Two and made the promise in his presidential campaign that he would “go to Korea.” He went less than a month after being elected. Eight months later the war came to its armistice. As militarily brilliant as he was, there were several gaffes under his presidency, including the U-2 disaster and the planning of the soon-to-fail Bay of Pigs operation.

Kennedy’s decision to green light the Bay of Pigs operation was riddled with indecision, which cost the operation more than it should have. A year and a half later, the Cuban Missile Crisis put the world on edge. The Soviet Union agreed to remove the ballistic missiles from Cuba and the US agreed not to invade Cuba and to remove missiles from Turkey. The Crisis proved the leadership of Kennedy.

"We are not about to send American boys nine or ten thousand miles away from home to do what Asian boys ought to be doing for themselves." Johnson did not stay true to his words. There were approximately 20,000 military personnel in Vietnam at the time of Kennedy’s assassination in 1963. By 1968, there were nearly 550,000 on the mainland, with more than 30,000 already killed, and no end in sight.

When Reagan took office, the Iran Hostage Crisis came to an abrupt end. His presidency was one of icy determination, especially against the Communist threat. His relationships with British PM Margaret Thatcher, Pope John Paul II, and even Mikhail Gorbachev, the final leader of the Soviet Union, gave him the courage to call the USSR the “evil empire” and tell Gorbachev in a Berlin speech to “tear down this wall.” His fierce determination almost proved fatal to his presidency in the Iran-Contra saga.

In what might be the most strategic plan and quickest outcome in modern warfare history, Americans came to the aid of Kuwaitis when Iraqi troops attacked. Operation Desert Storm was completed in 42 days.

Bush’s presidency began with 9/11 and the declaration of the War on Terror. Authorized for war against Afghanistan and Iraq, America has remained embroiled there for decades, as the War in Afghanistan now stands as America’s longest lasting war. The recent publication of the Afghanistan Papers shows an aimless direction within leadership.

Obama utilized the technology of drones to kill ISIS fighters, authorizing 542 drone strikes that killed approximately 3,500 insurgents, as well as 324 civilians. He approved of the NATO strike that helped overthrow Libya’s leader, Muammar Gaddafi. His lack of foresight into the aftermath of Gaddafi’s overthrow proved to be what he called the “worst mistake of his presidency.” His “red line” threat against Syrian leader Bashar al-Assad, however, proved to be empty.

Presidents take on the role of Commander-in-Chief, which is a role that provides immense power and undergoes intense criticism. In the moment, every military decision is immediately favorable or unfavorable. But more often than not, it is history that decides whether those decisions were the right ones to make.