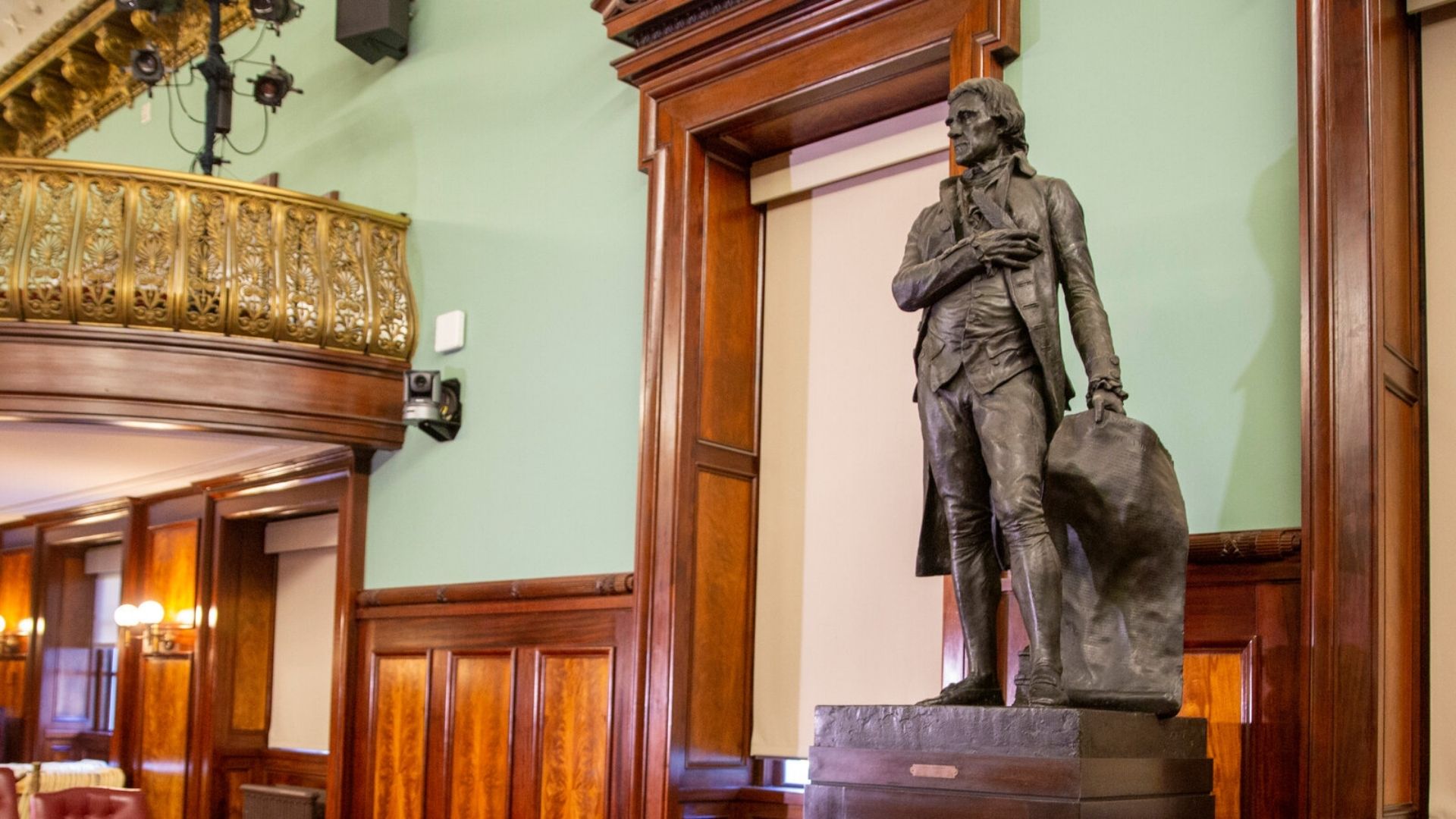 After 187 years, the statue of Thomas Jefferson was removed from New York City Hall. The reason for the removal could be guessed without having even heard about the removal. Jefferson owned slaves. A lot of slaves.

Jefferson’s ownership of slaves while also writing the famous line “all men are created equal” have led many historians to suggest he was either terribly conflicted or an outright hypocrite. It’s a debate that will undoubtedly continue.

The ongoing debate is one that’s of necessity to learning American values and the difficulty of upholding them. One of those values is liberty, to which Jefferson’s name has become irrevocably attached. In Jefferson, we see what it means to be a great man who stands for the higher things, yet greatly falters in living up to them. This we could easily call hypocrisy, but we must also consider the time and circumstances in which Jefferson lived.

He spoke powerfully and eloquently against the slave trade and slavery in general (including in the rough draft of the Declaration of Independence, which was edited out by the delegates). His attempts to end it were brought to naught, and it seemed his best efforts were eventually relegated to written protestations and warnings.

On its face, it may appear a sheepish way to combat slavery. But consider those words that Jefferson’s modern decriers use against him: “all men are created equal.” It would be foolhardy for me to request those city council members to delve deep into the matter and consider the situation Jefferson was in (along with his fellow delegates at the Second Continental Congress). All of those in that room in Philadelphia were branded traitors and were bound for the noose if the Americans were to lose the War for Independence, which in all likelihood, they would.

The odds were greatly against the Continental Army. They were a small band of freedom fighters going up against an empire―The Empire. Undermanned, underequipped, and underprepared. When Jefferson wrote those words, it was a statement to posterity―not their immediate position. Their immediate position would more than likely find them hanging from a rope.

They were words Jefferson hoped would resound with his fellow colonists and the people of the world. “All men are created equal.” It was a statement to advance mankind, and indeed it did. Jefferson couldn’t have known when that advancement would take place. He was lucky enough to see a portion of it transpire before his presidency with the establishment of the republic and during his presidency when the slave trade came to an end with his signature in 1808.

“All men are created equal” influenced the creation of the Constitution. The Constitution ended the slave trade in America, and arguably influenced its end in every other major power of the world, including Britain. Our brand new nation’s leaders were the first to put into a legal document―the Constitution―the end of the trade. In 1807 Britain passed the Abolition of the Slave Trade Act, but our country had already agreed to do so 20 years prior. It was the continuation of slavery where America fell woefully behind, as Britain ended slavery altogether in 1833.

Jefferson’s words were used against him, like when Congressman John Pettit, of Indiana, called the Declaration of Independence itself “a self-evident lie.” More importantly, though, his words were used as a reference for what our framers had promised: equality under the law. From Abraham Lincoln to Martin Luther King Jr., the reference of “all men are created equal” reverberated throughout the cities and states of the country. Even foreigners alluded to it, like Alexis de Toqueville, the French diplomat and political philosopher, who tried to understand the contradiction in his book “Democracy in America.”

In the same vein as the Greek, Roman, and French philosophers, Jefferson’s political and social philosophies would eventually become the bedrock of much of modern society. Even as late as the 20th century, there were many leaders of developed countries who didn’t understand what Jefferson meant. They sensed it ridiculous to suggest all were equal. Frederic Nietzsche, the German philosopher, deplored the idea in his works. Even the Jim Crow South displayed their preference for Roger Teney’s words over Jefferson’s. But all of that is merely proof of how far ahead Jefferson was in his time―a time when slavery was an accepted norm and the primary economic driver (the Industrial Revolution in America was still decades away).

While activists and politicians around the country depict Jefferson as a hypocrite, or worse, worthy of removal from our incredibly righteous personas, it’s worth noting that America wouldn’t be as free as it is today without his words. They laid the groundwork for the Constitution and placed a lofty goal for future generations to work toward. Lincoln suggested (pdf) we wouldn’t have been able to “secure our free government, and consequent prosperity” without those precious words from the Declaration. He noted that this “principle clears the path for all―gives hope to all―and, by consequence, enterprise, and industry to all.”

To think we have done ourselves and our posterity a service by removing the man who placed before our nation the pinnacle of sociality―equality―is both foolish and nearsighted―two things Jefferson definitely was not.